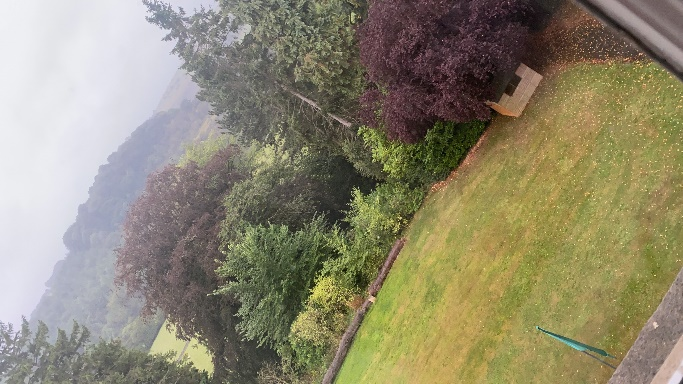 I have completed my first week at Cliff College which is known as the Induction week, so we were getting to know the staff members, students and general life at colleMe. This week has been quite intense with lectures and sessions on meeting the staff.

Morning Prayer is at 8:45 which is shown live on face book on the cliff page for those of you who have a face book account, I would recommend if you’re up early to watch it as it’s a great way to start your day.

Sunday we arrived on site at 2 o’clock, then I went to go do my COVID test, while Mum, Grandma, Grandad and Joe went to sit in the cafeteria and spoke to some of the staff members, then we came up to my room which is on the third floor with a beautiful view, picture shown above, we then started unloading 2 Cars, which were FULL,  yes 2 I have a lot of stuff ok….. Maybe half of it was Doc Marten boots but you know I can’t forget them!

Monday, which was my first official day,  I woke up at seven! I know I was shocked too, went to breakfast, got to know people and eat delicious food, first morning prayers was a really nice welcome to the college. Then my first Who’s Who session was meeting the general staff so reception, principle, kitchen staff, and then we had who’s who part 2, 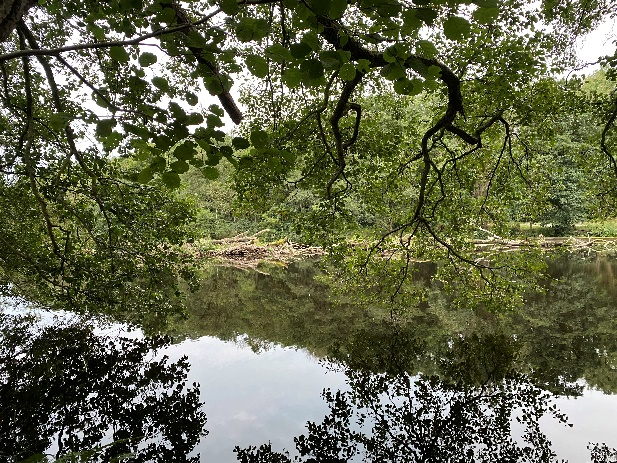 where we met the lecturers , academic team and wellbeing, then we had an intro to IT at Cliff. Then it was coffee and tea break where we chatted and ate biscuits and drank coffee or tea, then had an intro to Cliff year session which is where we got to know our course leader who is named Tom, and just got to know each other. Then we went to lunch which was a cooked meal and I had this rice and fish meal which was really nice, after lunch we had a tour of site so got to know where the lecture rooms are and where the staff member’s offices are. We then did some indoor games as it was cold and slightly rainy. We then joined together to learn about the life of Cliff College and expectations of the residential students. After tea, which was really nice, a group of us went on a walk around the river and through some fields but it was a really nice end to a first busy day.  I ended the night in the student lounge chilling with some other people and we ended up doing a bit of a worship session. Oh and to top of the first day I broke my glasses, I sat on them yeah… and now there wonky when I wear them.

Tuesday I woke up after a slightly restless night at 7:15 yes I woke up later at 7 o’clock was bit of a shock.., went to breakfast, morning prayers which is led by different staff and always about a different theme so Tuesdays theme was academic/learning priorities. Then we went to …….. you guessed it, another who’s , where we met the faculty, administrators and librarian, then we continued along with the who’s who and met the operations team, who will come and let me back in my room when I do, and did, lock myself out!….. yeah that’s a story for another day…..then we had coffee/tea break and then an individual Cliff year session where we worked on our” get to know me” presentations which is a 10-12 minute presentation about me and my faith journey, so the others on the Cliff year can get to know a bit about me.  On the cliff year there are 4 of us all together so its me, Mary, Bethan and Matthew. Then it was my favourite time of the day yes it wasss….. LUNCH which was very nice I can’t remember what I had but it was good. Then I went to the tree of theology session which was really interesting and we learnt about the main words in theory and their meanings, don’t ask me what they were as I can’t pronounce or spell them. Then it was games and coffee, coffee has become a daily thing to drink in my life right now, then we all went to a rule of life session which was about the volunteer roles we have to do, like children and youth. which of course I have signed up for.  Oh and also I had a great night which ended in a student led worship night which was amazing…. we could sing all together!!!!

Wednesday, made it to the middle of the week, in the morning I decided to wake up a little later which was nice, morning prayers were really nice , the theme was community and spiritual priorities, then I had a great Cliff year session and we went down to the cross on site and did some individual and group prayers, where we prayed for each other and 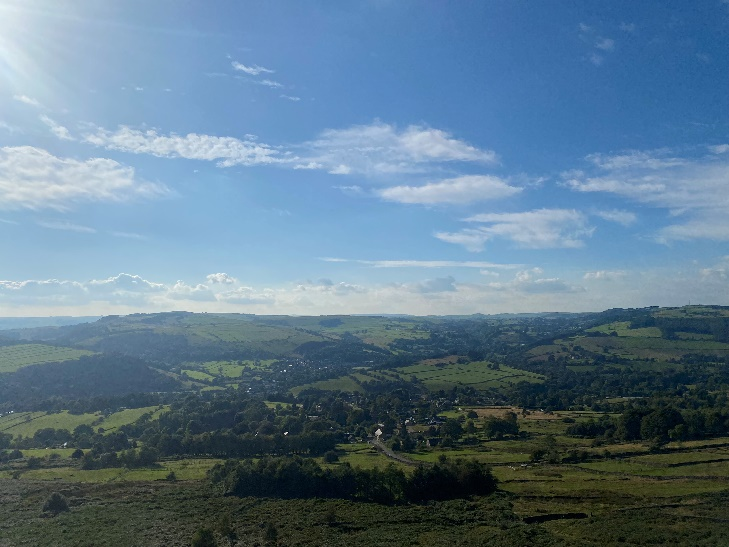 thanked GOD for the upcoming opportunities which I already know are going to be absolutely amazing, we also prayed for the past year and upcoming year. The coffee break and the biscuits are sooo GOOD. Me and the cliff year and another member of staff who is going to be working with us went on a really nice walk by the river and had some great chats, saw a deer and went in the poshest Spar ever! it even has a coffee shop attached to it and they sell freshly baked treats from the local bakery ,I am still waiting to try one but they did look really good. Then is was yet again lunch which was good, then we went to a session called” looking after yourself “which was about all the challenges we may face and how we can overcome them, then we energised ourselves with some coffee and sugar before walking up Curbur Edge which was a very long walk but so worth it for the views, it was absolutely breath taking.  We ended the night with a weekly celebration night which is also shown live on face book for those who want to join.

Thursday, was COVID test day…. yayyy I was negative, morning prayers were about mission, evangelism and outward facing priorities. Then we had a great mission opportunities session talking about local missions we are going to be doing, 3 Generate which sounds amazing this year and cliff are taking over the Park , so if you’re coming that’s where you will find me. I then had a hot chocolate and break time which was and is so GOOD, then we had a Cliff session and got our guides for the year, leant about the Diploma we are doing and the assessments we are doing as-well. We then all joined for tea and a theology session. We then all made our way to Eyam church for our first mission trip and did some gardening. Then we all went to the Principles house for a BBQ which was really nice. Oh and I fell asleep wearing my glasses and only realised at 5:30 am, I did go back to sleep and the glasses were fine.

Friday the end of the academic week, woke up late as I was so tired, went to breakfast. Had a coffee and some pastries and then went to a chilled out morning prayer session, then went to Baslow with the Cliff year group and did a treasure hunt with riddles, which was really fun and then stopped off for a slice of cake… chocolate of course! and then had a white chocolate hot chocolate. After we came back from our trip to Baslow we went for lunch and then I had a free after noon so I just chilled and got on with some work.

Saturday, my first weekend here at Cliff, I had a very lazy morning as I’d had a busy week, I then got ready and went in to Chesterfield with 2 other students and went into Pound land and B&M Bargains  to get a few things, then I attempted to go do my washing but the washing machines were in use, so I came back to my room, realised I had left my key in my room…. yeah I had to call reception, but luckily the cleaners who were cleaning down the corridor had a master key so they could let me in, and I then had a free afternoon so I had catch up calls with family and some friends, then me and the residential students went out for a meal to Hassop café which was really nice

Sunday, was an alright day. I started off by going with some friends to Eyam parish church service which they call café and family church so it’s similar to our Family service and it was a really good time to talk to people and get involved in a church, I then actually got to do my washing….. yes I had to call my mum to check I was doing it right which I was and none of my clothes have shrunk so that’s a bonus!  I then had a roast dinner, and picked up my packed up tea and then called family, and then ate tea outside and went to the Well Church which is in Sheffield, and they do an evening service which was great.

Overall the Cliff year is made up of four of us 3 girls 1 boy, over the past week we have prayed together, and for one another, and we have spent a lot of time getting to know each other and just overall having a laugh and creating a friendship. I have struggled this week ,massively at the weekend, as we had a lot of free time, so I realised just how home sick I am.  During the week I was very busy so I didn’t really have time to realise and register the fact I wasn’t at home and I’m sure within the next few weeks Cliff will start to feel more like home, so I would really appreciate your prayers as I am struggling with being away from home and especially family.

This site uses Akismet to reduce spam. Learn how your comment data is processed.